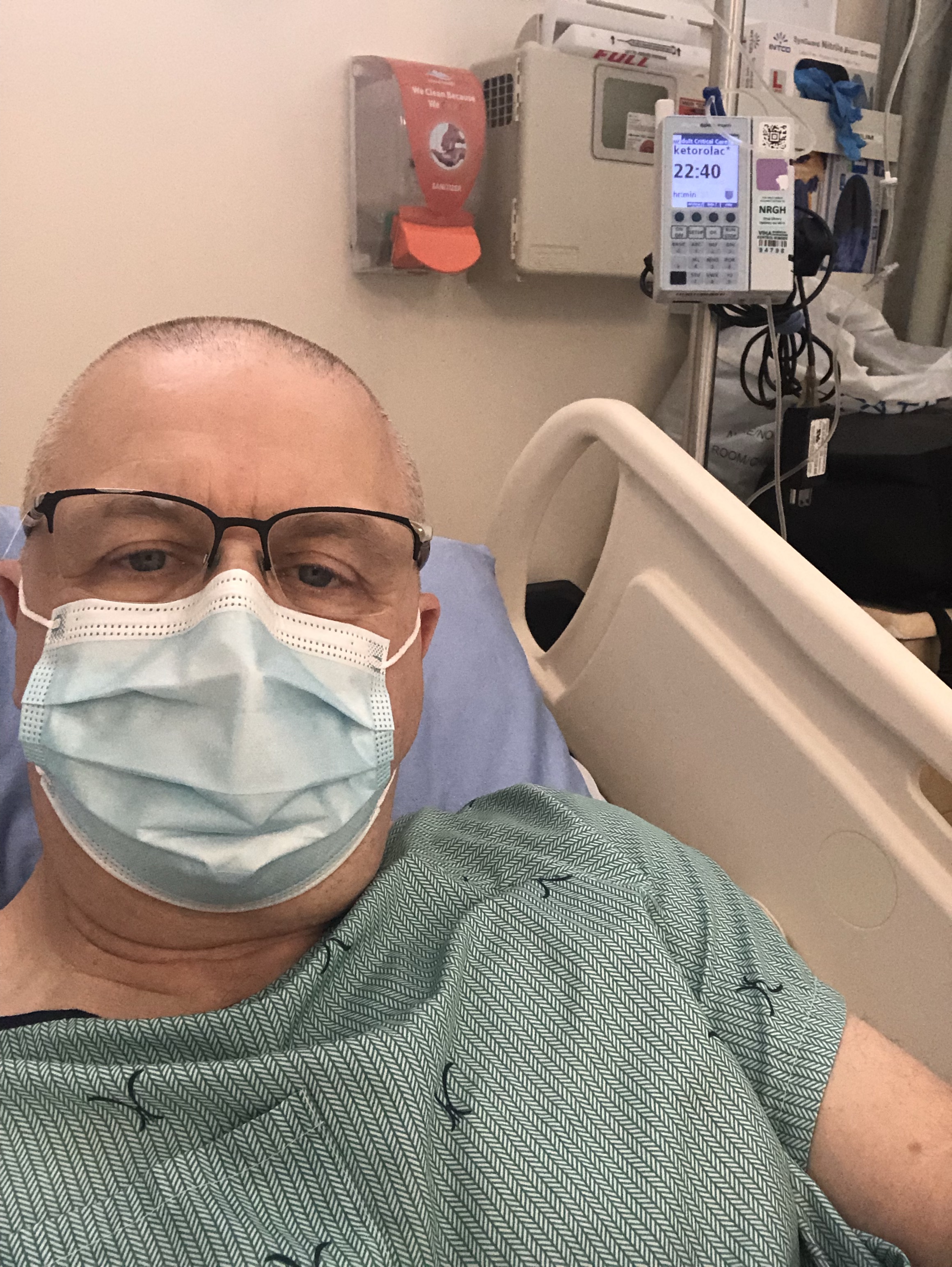 So here we are, a brief account of where we are so far as I have kept things out of the general populous as I wanted a close family of mine to get to hear personally and not through social media.

Back in May of this year so I went to get my prescriptions renewed at the local walk-in clinic in Nanaimo. We have been unable to find a family Dr since moving here, not that we are the only ones, I read something like 25,000 people don’t have a family Dr out of a population of over 100,000.

During this visit the Dr asked if I had a family Dr, nope, I replied, to which he responded, would you like me to take you on, of course, I jumped at the chance.

He asked me to make an appointment for a couple of weeks for a meet and greet as well as a general physical and bring 58 years old he did a Digital Rectal Exam (DRE) and said he found my prostate “smooth, but slightly enlarged” yeh I laughed as well when I told Jenn.

My Dad had an enlarged prostate, also called Benign prostatic hyperplasia (BPH) this is when the prostate grows larger, usually due to age, but is not cancerous. This is often why men, as they age, often end up getting up in the middle of the night to pee.

So along with the standard setup of blood work, he had a Prostate-specific antigen (PSA) test done, this came back at around 13, the norm is less than 2, so he referred me to a Urologist.

I was expecting to wait a while to get a call from a urologist, so it was a surprise when a week I got a call to go and see one, Dr. Carlson. I met with him and he also did a DRE, starting to get used to other people poking my butt now, he also said it was enlarged, smooth, with a ridge down one side, yes you can expect such details in this blog journey, maybe I will need to put a warning on it.

The prostate is about the size of a walnut and if you know what a walnut looks like it has a ridge all the way around, hope you are reading this after you have eaten, so that was the vision in my head, a walnut with a knobbly ridge.

We chatted and he asked some family history, told him about my dad, so he felt we should test another PSA after 3 months and again after 6 months and see what it does, he gave me a standing order for a PSA test I then left slightly worried, but with having in my head a lack of Cancer in my family, I was thinking I had what Dad had BPH as this can also elevate your PSA, which is why the PSA test is just one part of the puzzle when it comes to diagnosing.

Around the end of July I booked myself in for another PSA test, this was on a Monday, you can check your results online, which I did on the Tuesday, 15.8, it had gone up, not the direction I wanted, was not sure if the Dr would be calling me so when Wednesday and Thursday went by I thought it was still a watch and wait.

On the Friday of that week, Jenn had taken the day off and we decided to take a drive, down to a lighthouse in the Sooke area and also explore some beaches, but just as we were about to set off the phone rang, it was the urologist, not the admin assistant, but the man himself. He explained that as the PSA had gone up 2 points, he said we should do some more investigation and wanted me to have a biopsy, he said the hospital would be in touch.

I was expecting to wait a while to hear about all the cancellations being reported for surgeries etc. but nope, Monday morning hospital calls and I and scheduled for August 25, 2021.

So there we have it, the start of the journey, but at this point, I should add that as I post this I am having surgery today to remove my prostate, I know it’s like jumping to the back of the book, but I will be adding some more details of the biopsy and the decision making process along with the steps to recovery.