For the first time in a while flying did not mean getting up at some crazy hour of the morning as our flight to Calgary was not until 12:20, so we arose around 8am and decided to go for a 5k run together. It’s been a while since Jenn and I have run together and I could only remember the last time being on treadmills at a hotel in Edmonton at the end of July last year.

As a cab ride in Grande Prairie is so expensive we asked Ian to take us to the airport despite him being on nights and had just finished work.

So in the rain we got to the airport in plenty of time and the flight even left a few minutes early.

We have a 5 hour layover in Calgary but we cannot get into the lounge until about 3 hours before, so Timmie’s it is for a breakfast sandwich and a cup of steeped tea, so assuming there is a Timmie’s in Concourse D. 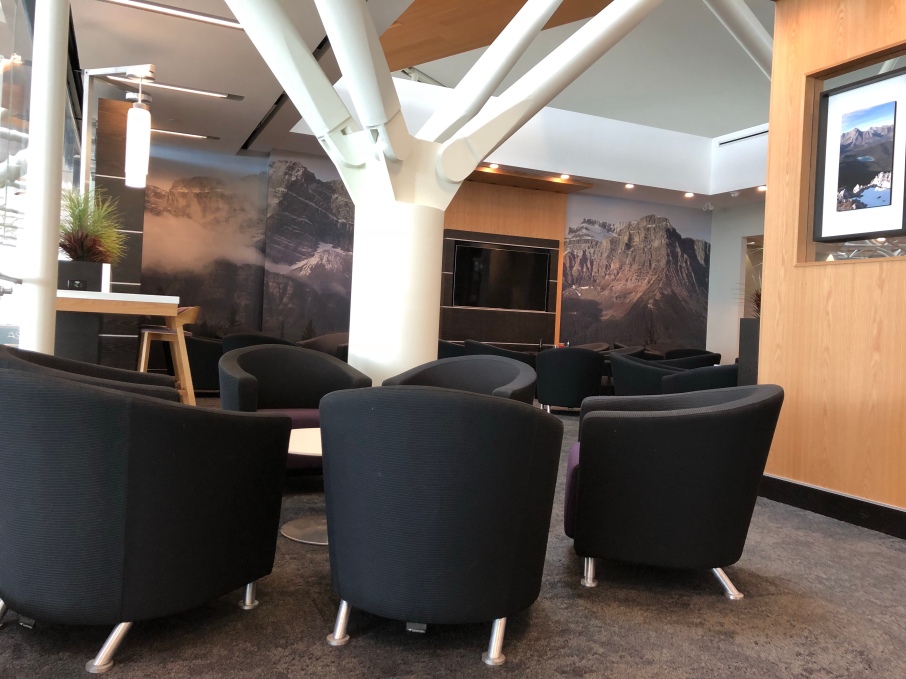 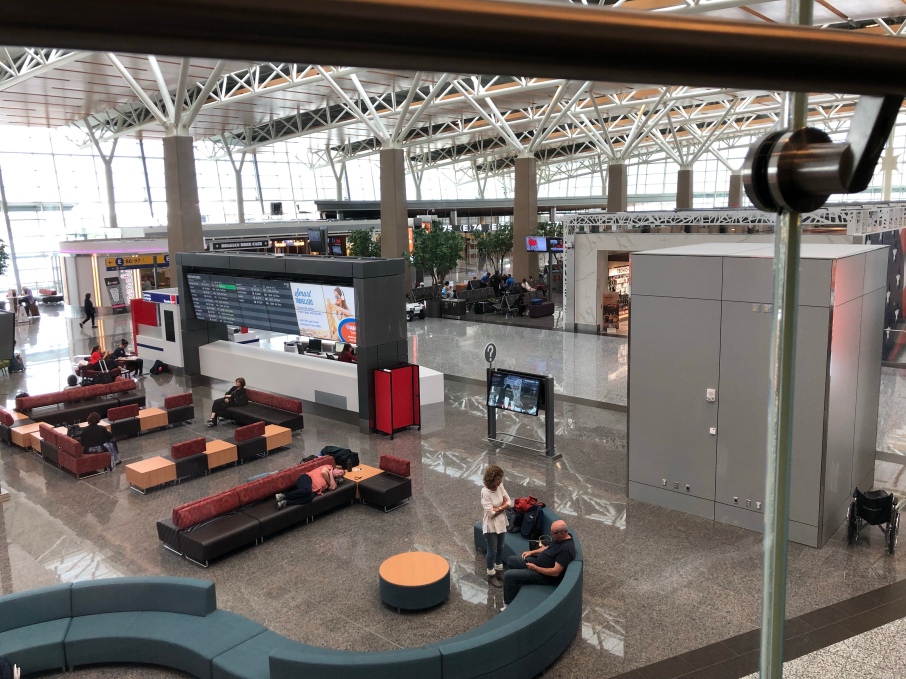 So now we sit here for a few hours as we wait for the long flight to sunny old England. Guess could be worse places to be waiting.

This is the Aspire Lounge in the international terminal at Calgary, much better than the others ones in A and B concourse, they even have hot food.