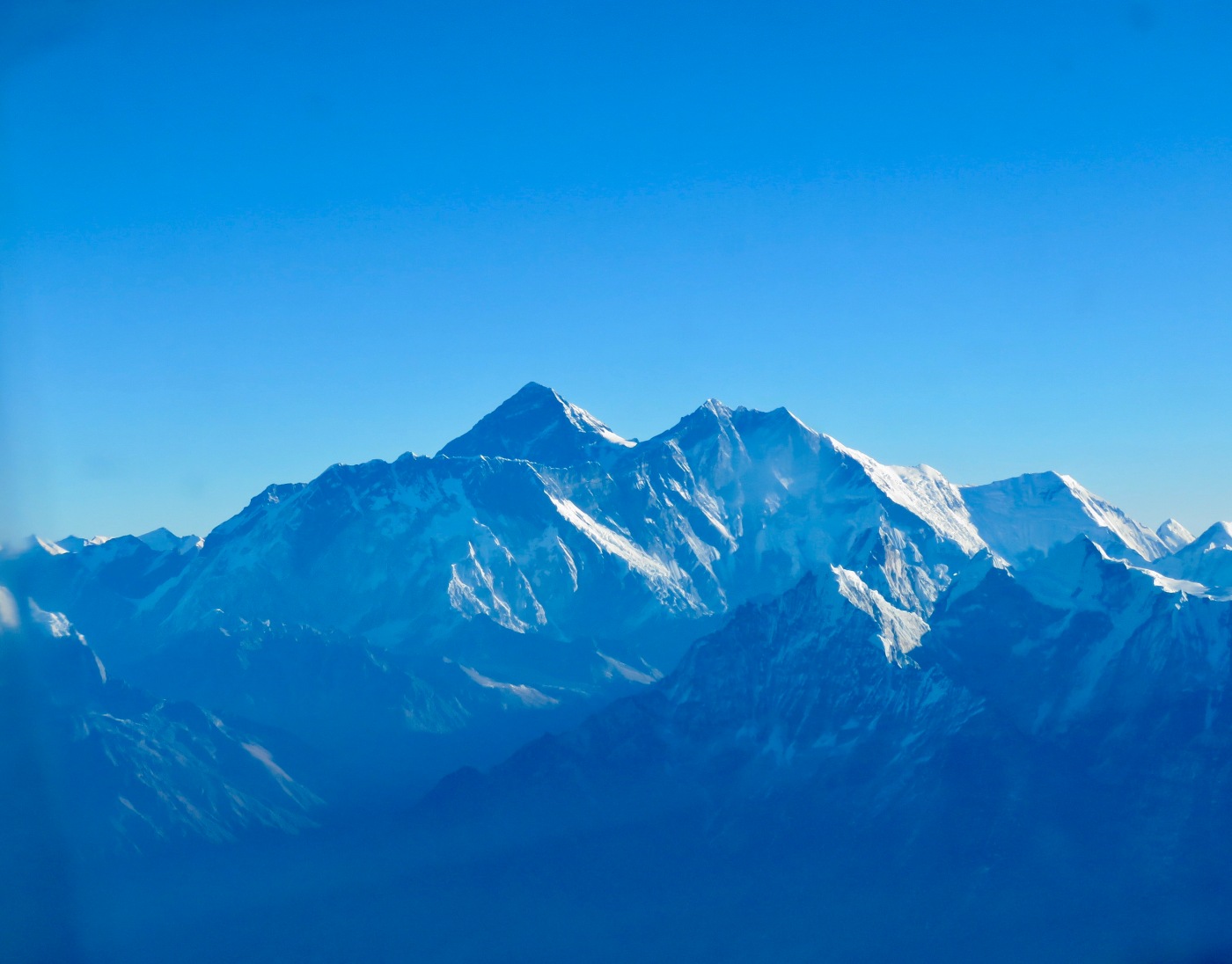 Before heading back to Delhi, we had a big bucket list item to scratch off the list while in Kathmandu. We had a flight to see Mount Everest. The flight left at 7 am.

One flight left before ours and our flight status changed to “waiting for visibility report.” The flight status on the screen appeared to be updated in Microsoft Word, as we could see them typing and everything. Minutes later, the flight status was updated to boarding and we were set to go.

The plane was similar to the one we took from Pokhara, except they didn’t fill the seats that didn’t have a window.
The views were incredible and we were each allowed one-by-one to go into the cockpit to get a better look, although the view from our seat windows were pretty great too. We were given a long card that identified all the mountains in sight.

Within 15 minutes we were in full view of Everest. It was pretty magnificent! 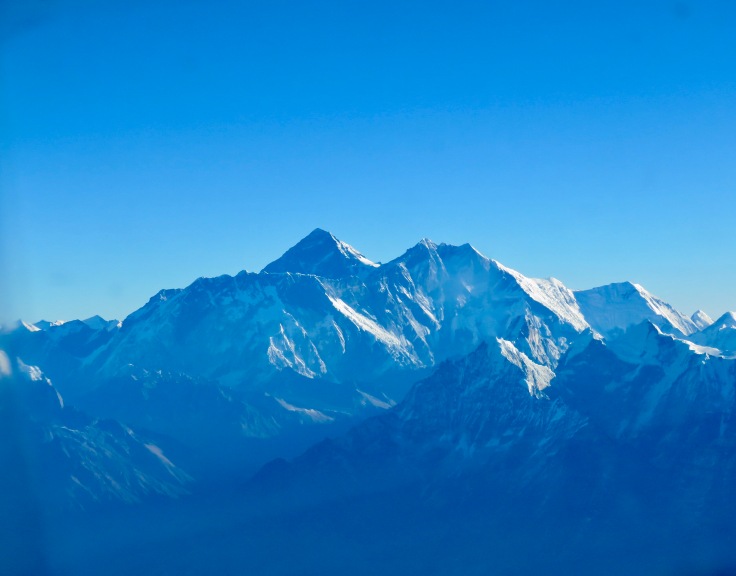 We turned around and headed back, but not before getting some champagne and an Everest Flight completion certificate.

We managed to get back to the hotel early enough to get some breakfast and fit in one more sight. Some of us decided to check out a temple, which our CEO said was maybe a 20 minute walk away. We headed off and after 25 minutes we didn’t see anything and decided we had to get back. We found out later that our CEO has actually gone as well and said it was right on the street and it was impossible to miss.  Here are some sights from our walk: 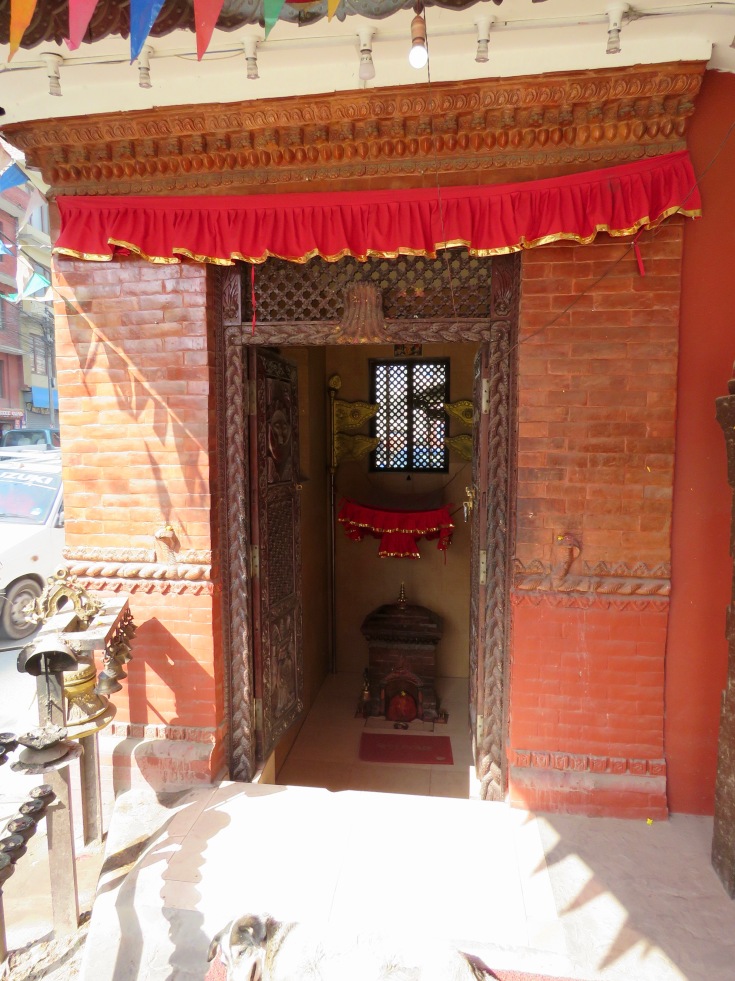 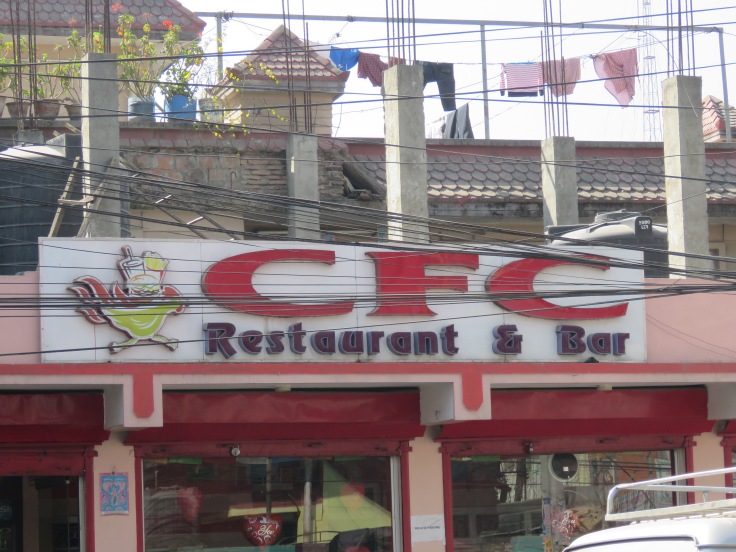 We got back to the hotel with about 30 minutes to spare, so some of us decided to have a rooftop beverage. It was a great way to wrap up our time in Nepal. 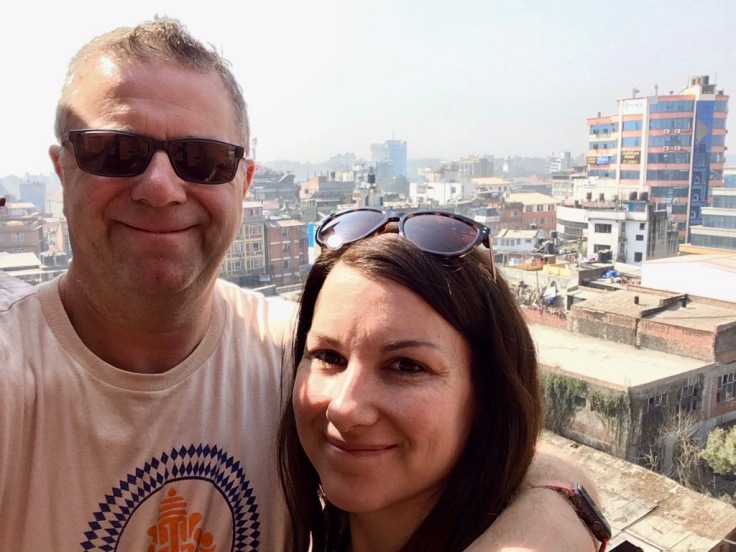 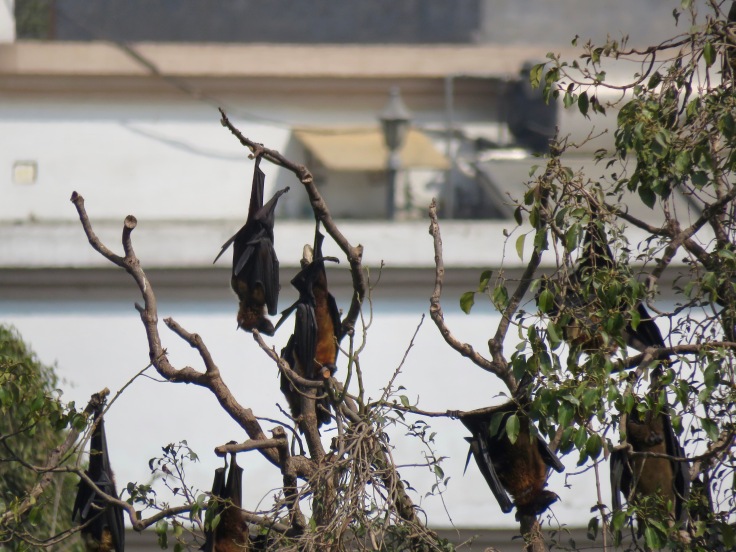 We flew out of Kathmandu to Delhi.

Derek is writing an entire post just about airport security, so I will leave the details of that to him. The service on the flight itself was totally bizarre. The flight was 2.5 hours long and we got a hot meal provided. Some people even got free beer, although it was pretty random on who was offered the beer. Sadly for us, we were not included in the beer offering. The hot meal was some sort of vegetable meatball curry. It was pretty good! We were also given bottles of water and cups of chai.
Finally into Delhi, a little bit later than expected. Our tour CEO happened to be on our flight (everyone else left at different times or had stayed on some extra days) and he helped us sort out a pre-paid taxi to our hotel, which was so helpful. I was really sad to say good bye!
We had a crazy amount of traffic getting to our hotel. It seemed like we sat for ages at various spots. An ambulance with lights and sirens was right there with us. I hope I never need an ambulance in Delhi.

We were booked in at the Imperial Hotel. We arrived at the gates of the hotel (actually most hotels we stayed at were gated) and had security guards check us out. There were staggered concrete barricades from there to ensure no one plows through. A man dressed up in imperialist Indian clothing greeted us, and then we went through more security. Derek had his bag checked and he went through a metal detector. As per typical security measures in India, I went behind a curtain with a female security guard where she peeked in my bag and frisked me. We arrived at night, but here’s what it looked like during the day:

The hotel was very glamorous. There was a Chanel store in the lobby for goodness sake. Upon check in, we were given warm facecloths with a floral scent to them. The lady who checked us in then showed us all their restaurants, there was an Italian, a French, a Thai, and an Indian. We were shown to our room and our bags arrived shortly after. The room was a lot bigger than we expected. There was a sitting area, a king size bed, two armoires, a desk, a tall bar with fridge underneath. Then the bathroom had a bath and a shower. It was pure luxury. We unpacked and headed to dinner.

We opted for the Indian restaurant where they had an Indian band going… drums, sitar, not sure what else since I didn’t have a great view of them. We were just going to have beer as the wine list was ridiculously priced (lowest priced bottle was $60, seems to be the way for wine in India). The waiter strongly insisted we have the wine, and we buckled to the pressure. Interestingly, the table that arrived after us had beer and we didn’t hear him mention the wine at all. Derek also wanted to order some mulligatawny soup, but the waiter kept telling him it didn’t go with the wine and that he didn’t recommend it. Derek actually had to fight him for the bloody soup, and eventually won out. 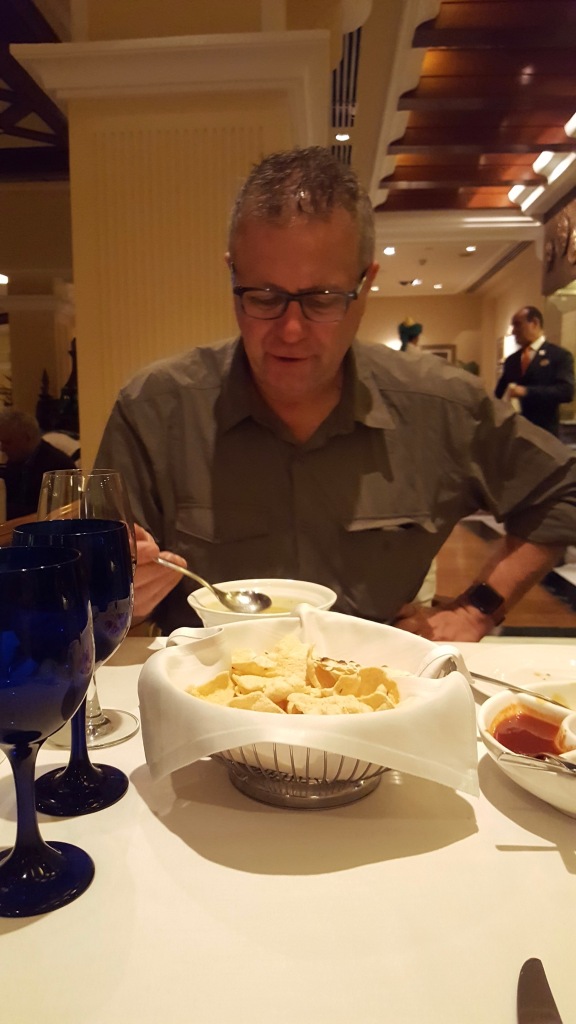 We were given two kinds of papadams (one rice, one potato) with a variety of chutneys. For dinner, Derek opted for a lamb curry with rice, and I ordered the Non-vegetarian thali. A thali is a bunch of small dishes served on a platter. I can’t remember all that was on it, but I only fully completed two of the five dishes plus some of the sausage and chicken that was in the middle there.

It also came with three types of naan: garlic, plain, and butter. For dessert, Derek had the rice pudding and I had ice cream with my thali. The ice cream came in a small terra cotta pot.