We were supposed to be up at 5 to go for a hot air balloon ride, but it was cancelled due to the weather. Instead we were out by 8. We visited the Amber Fort, but on the way we stopped at the Palace of the Winds for a photo opportunity. That’s it in the background behind us.. 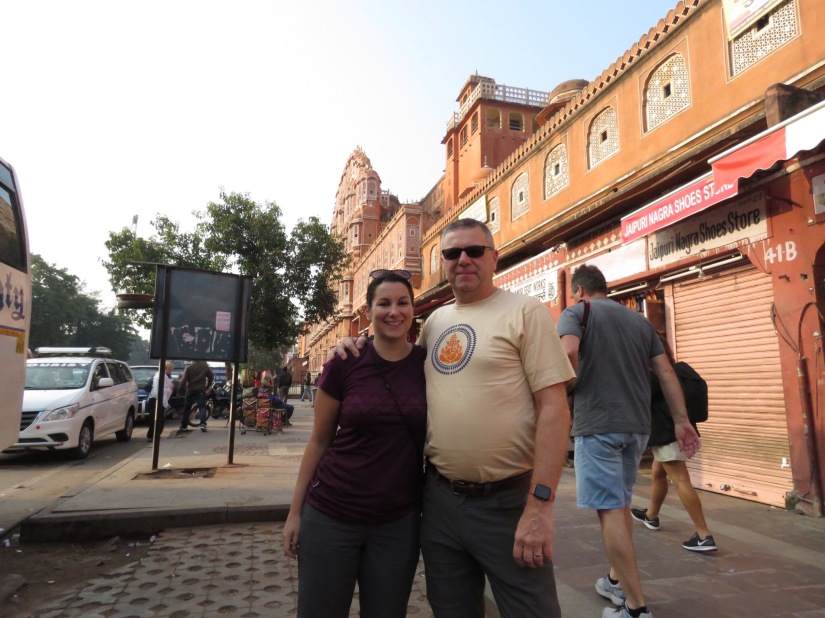 We snapped our pics and came across a snake charmer. 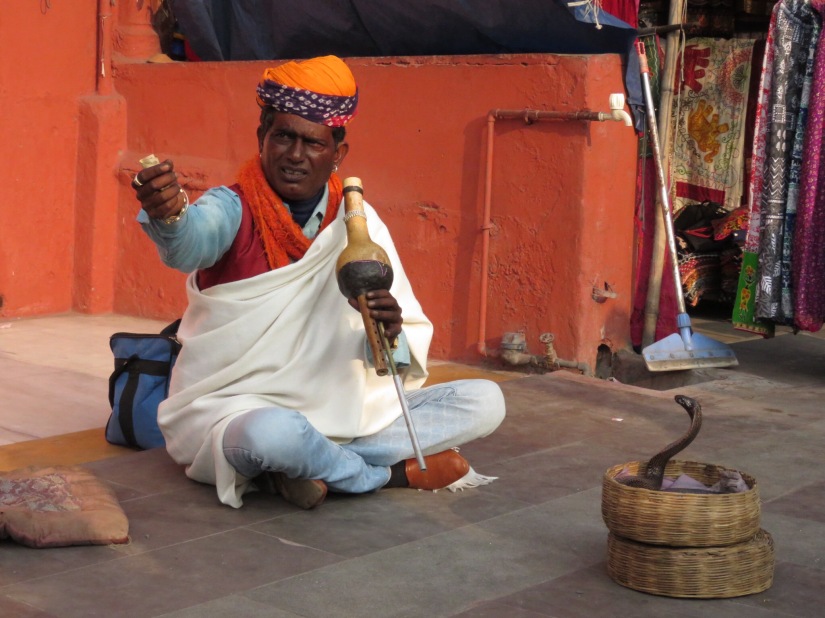 We also found ourselves in midst of hawkers. People were selling puppets and purses and pens. We were told if we don’t want to buy, just don’t make eye contact, don’t say anything. The Amber Fort was breathtaking, outside and inside. It was quite a walk up, or you could opt for jeeps or an elephant ride. Elephants aren’t meant to walk up hills like that, so our tour company doesn’t use them, which I thought was great. We toured the fort for a couple of hours, then made our way to the next stop. The tour guide we hired was very charismatic and told some great stories. 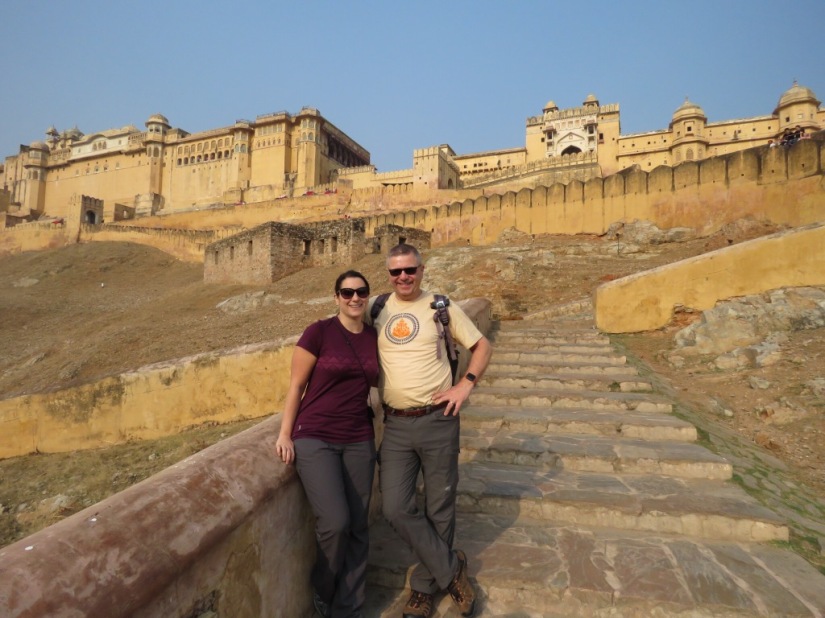 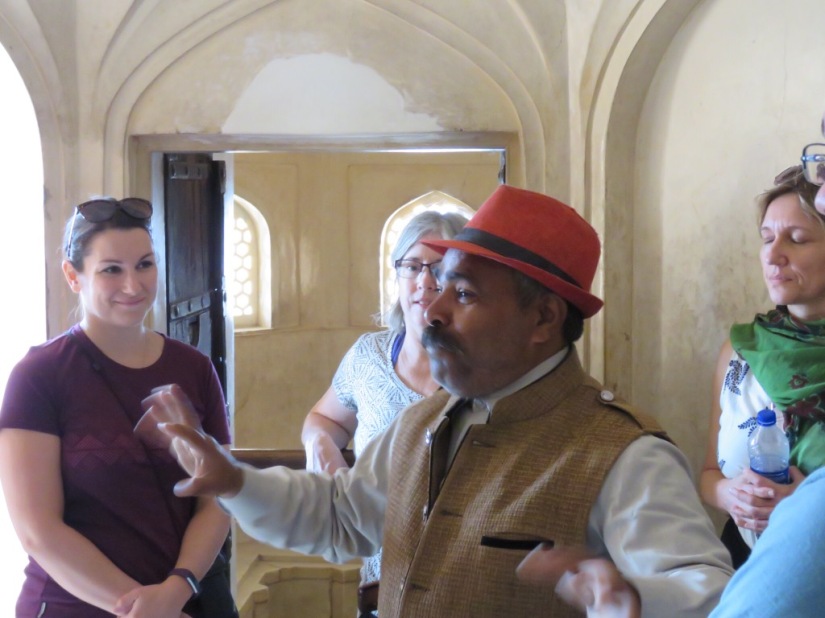 We made a stop to a floating palace for a photo opp, then to a jewellery store where they showed us how they polish and shape the gems. We were treated to tea and coffee while there. I bought a cute little elephant pendant with rubies and sapphires. Them gems aren’t necessarily local to the area. They said any shop who says their gems are all from Jaipur are lying. They bring in the raw gems and finish them off in Jaipur, which is more common. 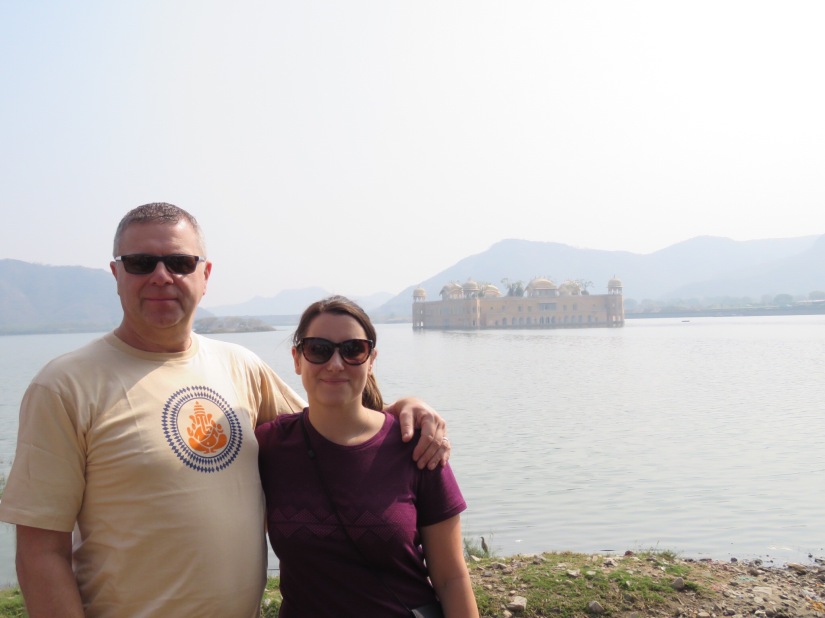 We then went for lunch, which was a $6 buffet, then our CEO announced there was a palm reader at the front who would read our palm for something like $10. Two of us went for it. It was more of just fun for me, getting my palm read in India. It was all very positive, that I would have a long marriage, a long life, a lucky and good life until around 2027-2030 which might get a bit rough. We shall see!
After the gems is where the real adventure began. A group of 7 of us were dropped off to do some shopping. Our guide showed us on a map where we were and how to get back. It seemed straightforward enough. So we did some shopping (I did my first barter!) and made our way back to the hotel. We reached a point that made us realize we were not going in the right direction. We decided to hire some tuk tuks, but we must have looked pretty desperate because they were trying to rip us off. We decided to try it on our own instead. We tried getting directions from another tuk tuk, who was clearly not interested in helping us when I noticed a bus stop with a name in English, which I matched to a point on our map. We were now oriented. Derek also threw on google maps which helped us through all the turns through the road. We crossed roads with incessant traffic, traffic circles with vehicles going in all directions, 7 “lanes” wide probably. We were clearly in a non-tourist zone because there were no more hawkers, no one in the shops were trying to sell to us anymore. We ended up going through a kilometre of back alley where we could see artisans creating statues, kids playing cricket, people just going about their business. It was incredible. By the end, I felt a lot more confident walking those busy streets.
We got back to the hotel with only 30 minutes to spare before we were off to the Monkey Temple. We quickly made our way to the hotel bar for a beer before we had to go. Our CEO arranged auto rickshaws for the 8 of us who wanted to go. It was maybe a 20 minute ride there and back, which cost us $14 per rickshaw. This particular monkey temple was featured in at least one documentary, which I had seen before, so it was pretty cool being there. Once there, we had to pay $1 each to be able to take pictures. It was really quiet, we were basically the only ones there. Here is a cow and a peacock. 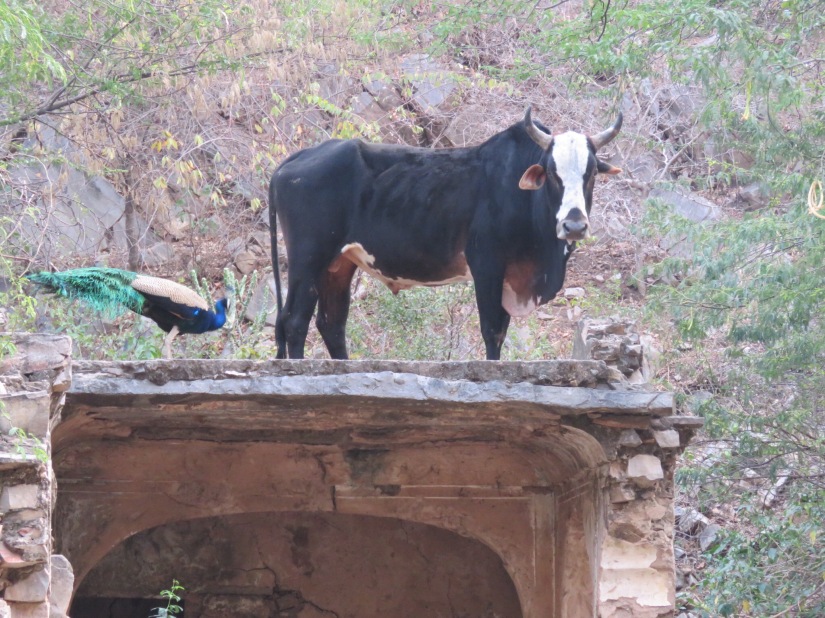 It was a while before we saw any monkeys. A man approached us saying to follow him to the monkey temple. In reality, it was a Hindu temple dedicated to the monkey god, Hanuman. Once in the temple, a cow came in the door and proceeded around the corner and up the stairs. 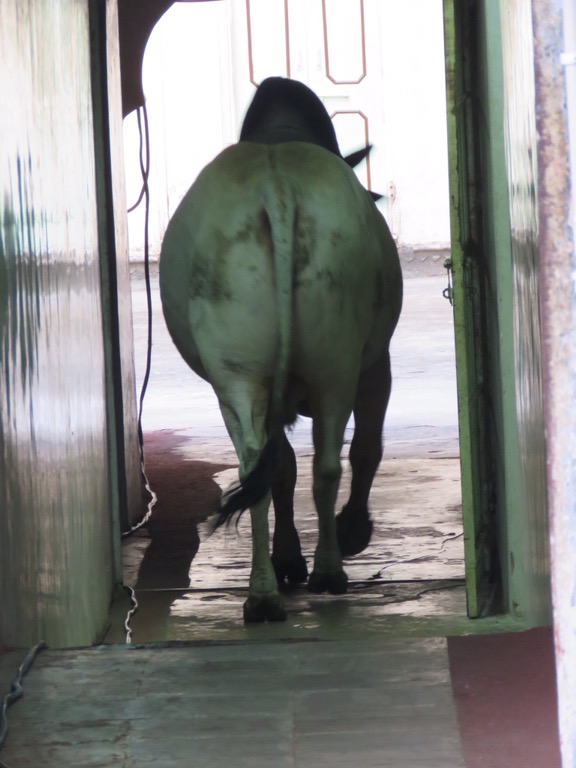 A few in the group left right away, while some of us felt obligated to stay and be shown around. The final part was a Hindu blessing where he painted our foreheads and whacked our heads and shoulders with peacock feathers while chanting a mantra. It was a cool experience. We took some pictures and then were asked to make a 100 rupee donation ($2). There were a few temples like this around, but at least we now knew the scoop.

We approached the monkey area, which I immediately recognized from the documentary. If I had to guess how many monkeys we saw, I sure it was in the hundreds. Most stayed on the surrounding rocky hills, but quite a few came into the area where we were. They were so cute, especially the babies. We didn’t feed any, but there was a man at the front gate selling food you could use to feed them with. Our CEO also warned us in advance about smiling (showing teeth) being seen as agression by the monkeys. Also, not to go into our pockets or bags as they will think we are getting food out. We did spot some monkeys mating, as well as the highlight, a monkey trying to make with a small pig. You would have to see it to believe it. We killed ourselves laughing. 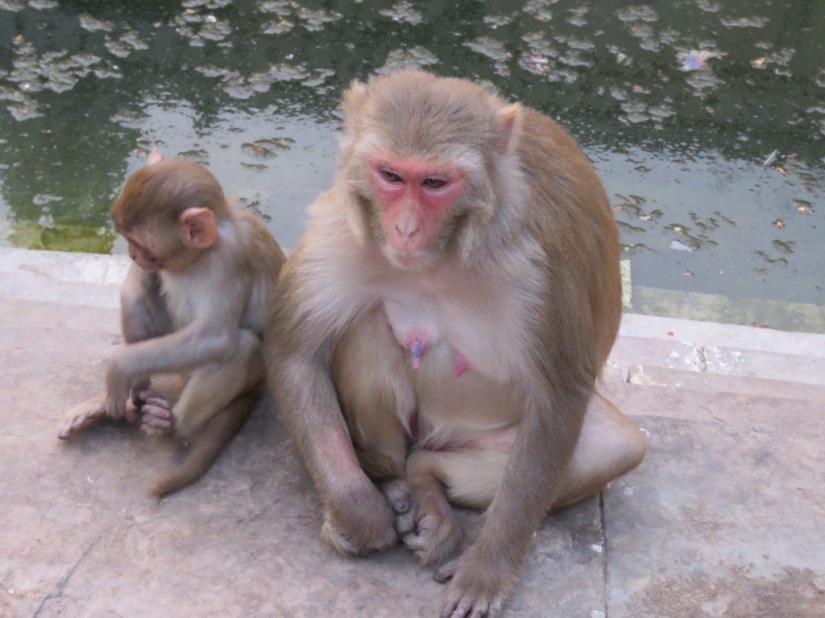 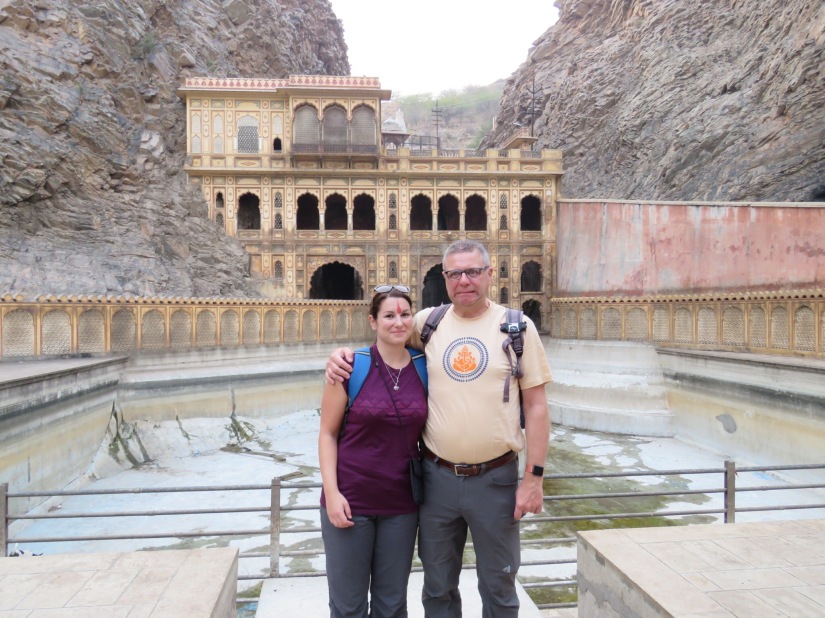 View all posts by Derek Bowen