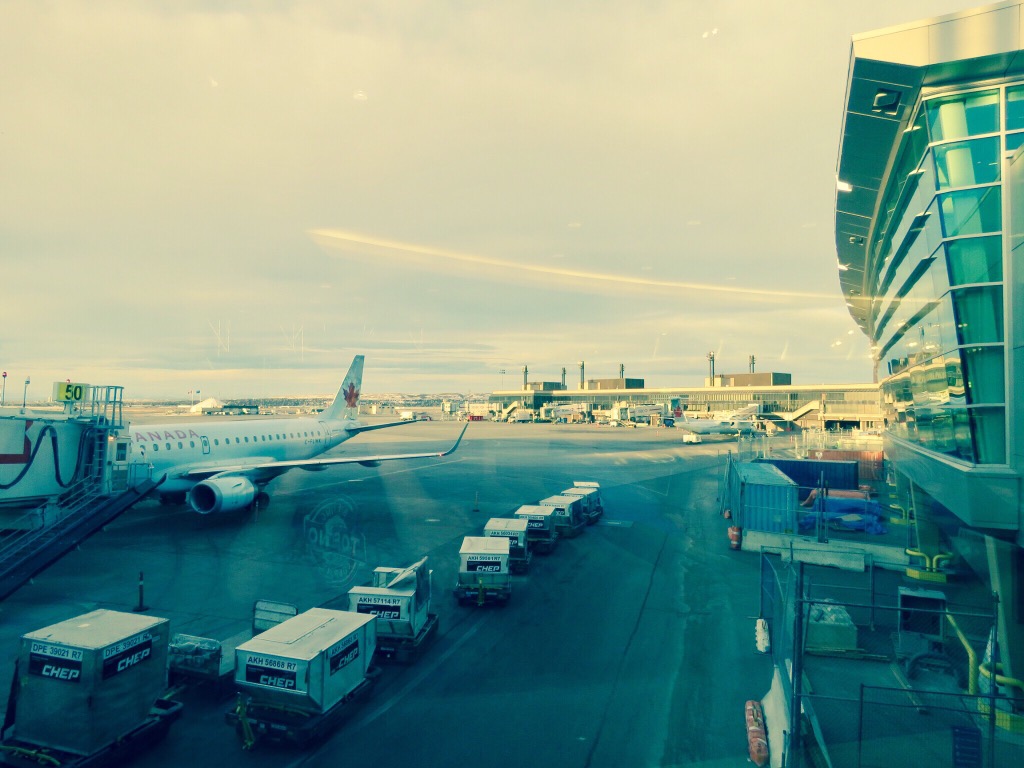 I did not sleep that well last night, usually don’t in hotels. We even turned the heating off but it still stayed warm until the early hours. The last time I stayed at the Delta Calgary Airport was when Carol and Dave came over once. I seem to remember that Charlotte was not even born yet and it was just Sam and Nathan I watched playing in the atrium pool.

I checked my phone when I got up and there was an email from Air Canada saying that the flight that we were supposed to take this morning out of Grande Prairie was delayed and would not get to Calgary until 11:40am, 25 minutes after our flight to Toronto would have left. My intuition paid off in this case and the $200 for the hotel in Calgary was worth every penny. 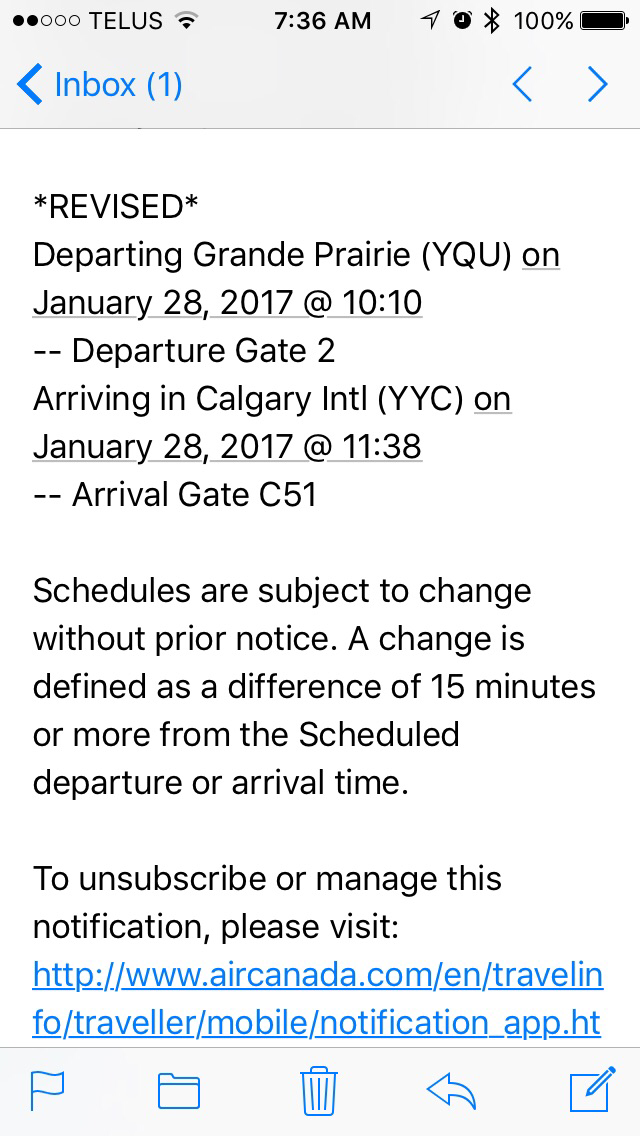 We were up early and decided to have breakfast at the Maple Leaf Lounge as we had bought passes due to some long layovers, also insurance in case of delays, but first needed to get out backpacks wrapped.

Now, please tell me if I am wrong here but airlines run everyday of the week right? People need bags wrapped for some of  these flights? Well at Calgary airport it would seem not on before 9 a.m. since the bag wrap service is not open until the (No signage available, we had to rely on two airport employees who said the service wasn’t available at all on weekends. We later found out through the airport on twitter that their hours are posted online. Hours of service being Tuesday – Sunday, 9-5:30). An airport employee indicated this service is provided by a private contractor, but if #YYC wants to be a serious bidder for international flights they did not ensure that when they contract there services out they stipulate when it should run.

So we had Jenn’s backpack bagged, mine was OK as the straps are enclosed, we will do a post on the two backpacks we have in a post trip blog.

The Maple Leaf Lounge here at Calgary domestic is OK, nothing to write home about, just a light breakfast and coffee, no hot food. Great view of the apron though. 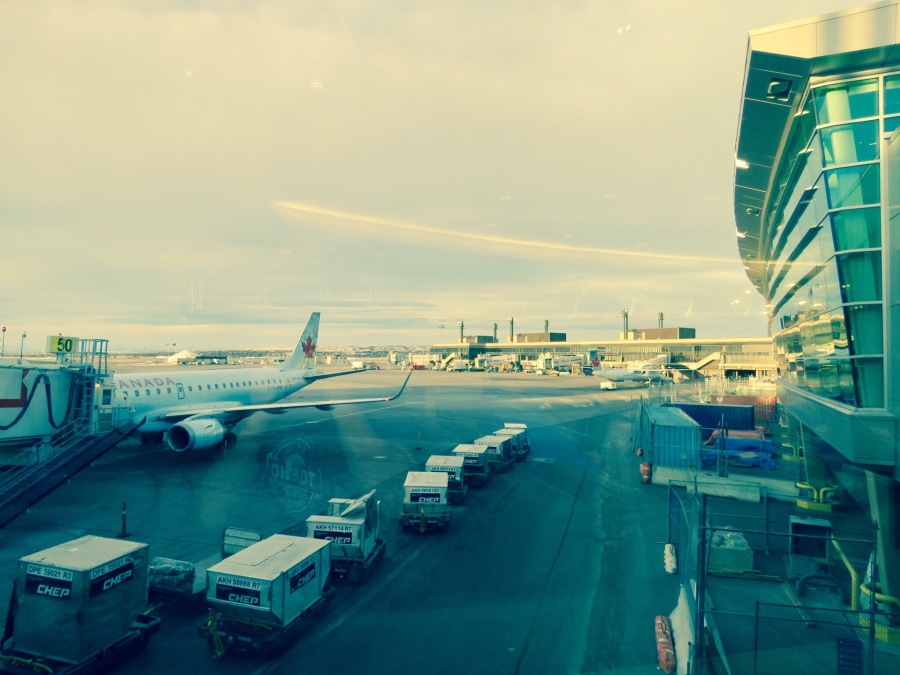 ﻿A few people asked how come we are going through Toronto and not Vancouver. Price was the decider, we wanted premium economy and when we went to book it was cheaper through TO. The actual flying time is similar with only an extra couple of hours traveling east and not west.

Flight uneventful, well aside from the screaming kids… I like the WestJet idea more and more 🙈 Addition from [JB]: I was worried about flying at the tail end of my cold (started 6 days ago). I am feeling fine except some congestion, which really caused me ear problems on this flight.  The landing was awful, it took me an hour to regain my hearing.  Ok back to [DB] writing…

Jenn noticed that they had not applied our food voucher when we went to pay for our food on the flight, seems when you fly Latutude with Air Canada you get a credit towards food.  The flight attendant had no idea what we were talking about, but the other flight attendants helped him out… clearly a newbie.  The pasta was not bad, aside from the olives… why they put olives in pasta is beyond me…yuck.

I have not flown Air Canada is a long time, but they are leaps and bounds ahead of WestJet when it comes to onboard food. The best you can do on a WestJet flight from Calgary to Toronto or even Halifax is a stodgy sandwich, I think WestJet needs to up their game if they want to keep my business. 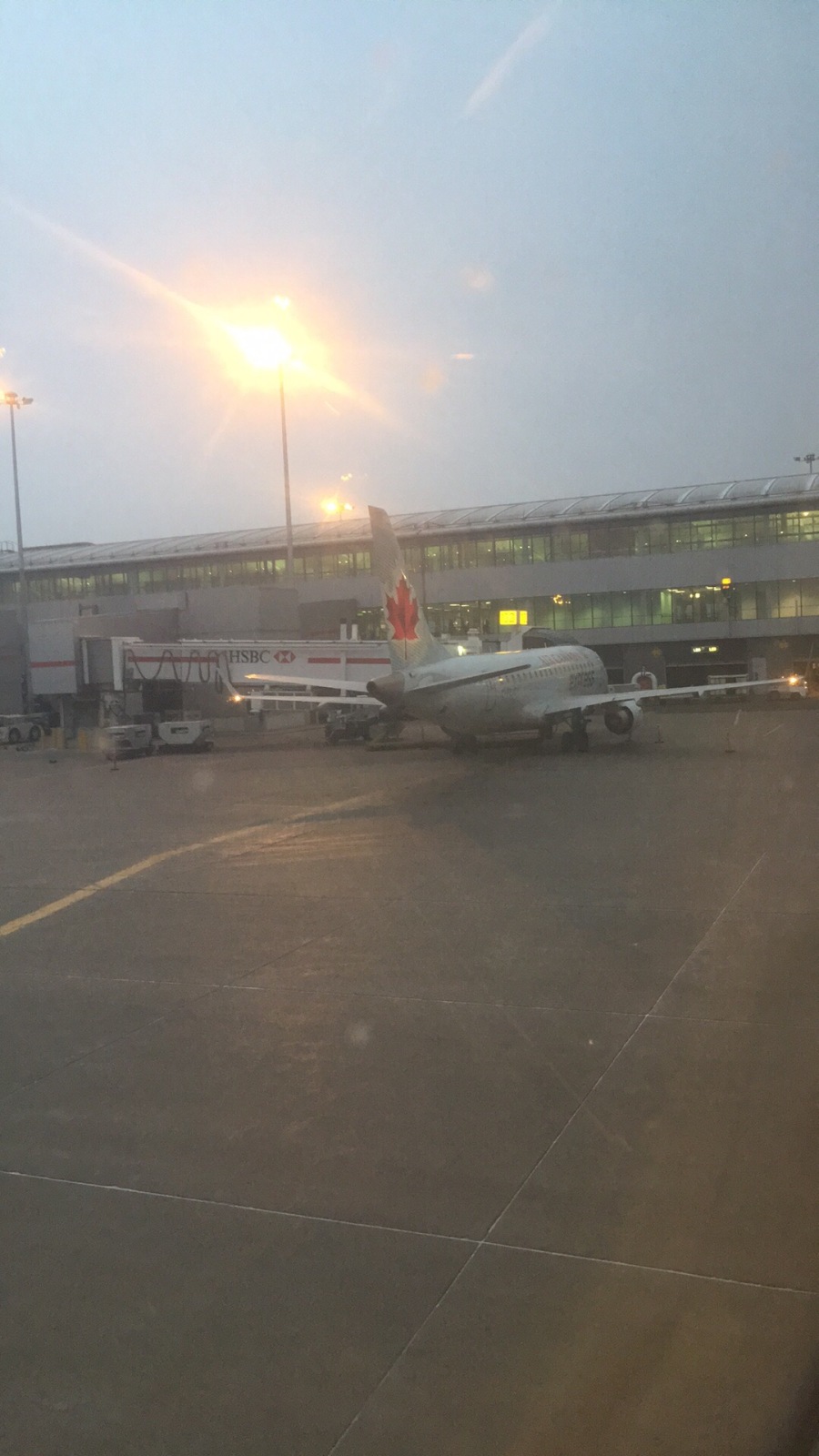 -1 and light snow in Toronto, not as warm as Calgary, where it was so warm the guys working on apron had shorts on.

The Maple Leaf Lounge in Toronto International is fantastic, the selection of hot food and drinks made it worth price of admission, $50 for the two of us. A very modern looking place with lots of nooks and crannies to sit and relax. There’s even showers! It’s much quieter than hanging out in the terminal.

So now we sit and wait for our flight, boarding at 8:30pm, this is the plane I am looking forward to (because of the premium economy seats on the Boeing Dreamliner), and the next post will cover our experience.